On September 21, 2018, the United States District Court for the District of Massachusetts issued an opinion awarding long term disability (“LTD”) benefits to a fibromyalgia patient whose benefits were wrongly terminated by Unum Life Insurance Company and Provident Life and Accident Insurance Company, both of which are owned by Unum Group.  A copy of the Court’s decision in Kamerer v. Unum Life Ins. Co. of Am., et al., Case No. 15-cv-40146 (D. Mass. September 21, 2018), can be found here.  The plaintiff in the case is represented by long-time friends and friends of the firm, Talia Ravis (who was also a law school classmate of mine) and Jonathan Feigenbaum.

There’s a lot to unpack in the Kamerer decision, so I think it is probably best to read it yourself rather than restating the entire case at length in this post.  I will, however, provide a brief synopsis.  The plaintiff in Kamerer worked as a consultant for Accenture.  She became disabled in 2004 due to fibromyalgia and a number of related conditions that caused her constant pain.  She also struggled with depression.  She sought disability benefits under two different Unum LTD plans.  One plan was an employer-sponsored LTD plan governed by the Employee Retirement Income Security Act of 1974, 29 U.S.C. § 1001, et seq. (“ERISA”). The other plan was an individual disability insurance policy (“IDI”).  Both plans contained a two-year limitation for disability benefits caused or contributed to by so-called “mental nervous” disorders.  Both LTD policies also required the plaintiff to be disabled from her “regular occupation” in order to receive benefits.

Unum approved the plaintiff’s claim and paid benefits without interruption under both policies from 2004 to 2013.  Unum did not assert the mental nervous limitation while her benefits were payable due to her fibromyalgia and related conditions.  In 2013, Unum decided she could return to her regular occupation.  Her treating physicians disagreed.  The plaintiff underwent a Unum-ordered “independent” medical exam (“IME”) that the Plaintiff contended in a sworn affidavit lasted approximately five minutes.  Her benefits were terminated in September 2014.  The plaintiff appealed internally with significant support from her treating health care providers that she was disabled, but Unum nonetheless denied her appeals.

The Plaintiff filed suit pursuant to Section 502(a)(1)(B) of ERISA, 29 U.S.C. § 1132(a)(1)(B), and state law in federal court.  The Court reviewed Unum’s decision de novo.  It noted that although Supreme Court precedent has held that the opinions of treating medical providers are not generally entitled special deference as a matter of law, when the participant’s credibility regarding subjective complaints of pain are at issue in the case, it makes sense to give more weight to the opinions of treating physicians who have personally assessed the participant over an insurer’s record reviewing consultants.  Moreover, the fact that the plaintiff had undergone extensive treatment for her condition and took numerous strong medications to treat her pain was strong evidence of her continued disability.  The Court disagreed with Unum’s assessment that there was no “objective evidence” of her continued disability because her physicians had repeatedly tested her for fibromyalgia via a trigger point test. Lastly, the Court rejected Unum’s attempt to assert the LTD plans’ respective mental nervous limitations after having failed to do so for years.  The Court noted that her physical limitations were the cause of her disability and that Unum had failed to factually prove otherwise.

This brief post does not really do the Kamerer plaintiff justice.  This decision is a great win for the plaintiff and others receiving LTD benefits due to fibromyalgia.

What is the Life Insurance Contestability Period? 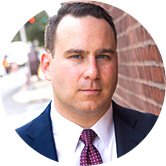 Adam helped me with my LTD case. His knowledge and thoroughness was outstanding. He communicated every aspect of the process and case in an extremely detailed and timely manner. He also took the time to answer any questions I had as a person going through it for the first time. I could not recommend him more for anyone in a similar situation.

Adam and his team are great. They did an excellent job helping my family when we were really losing hope. Adam is very professional and has excellent knowledge to protect your rights. If you choose Adam you will talk directly with him. It was a truly pleasant experience. I’m extremely thankful that I chose the Garner firm. I highly recommend them.

Adam Garner provided excellent courteous and considerate service in helping me resolve a long term disability claim. He was accessible, knowledgeable and exercised the good judgement necessary for us to be successful. I heartily recommend his expertise and services

This review is long over-due!
If you’re looking for professional and sound legal advice, The Garner Firm is where you want to start!

Throughout my relationship with The Garner Firm, there was never a time that I felt uninformed where my case stood. Attorney Adam Garner focuses on making sure his clients are well informed throughout their legal battle. I can reassure any prospective clients that Adam will maximize all his resources and fight to the MAX in order you’re reasonably compensated.

I invite you to take the opportunity to contact The Garner Firm – YOU WILL NOT REGRET IT!

Neither confidential nor time-sensitive information should be sent through this form.

Send Us a Message

Attorney Advertising. This information is designed for general information only. The information presented should not be construed to be formal legal advice nor the formation of a lawyer/client relationship. Past results and testimonials are not a guarantee, warranty, or prediction of the outcome of your case, and should not be construed as such. Past results cannot guarantee future performance. Any result in a single case is not meant to create an expectation of similar results in future matters because each case involves many different factors, therefore, results will differ on a case-by-case basis. By providing certain contact information herein, you are expressly authorizing the recipient of this message to contact you via the methods of communication provided.